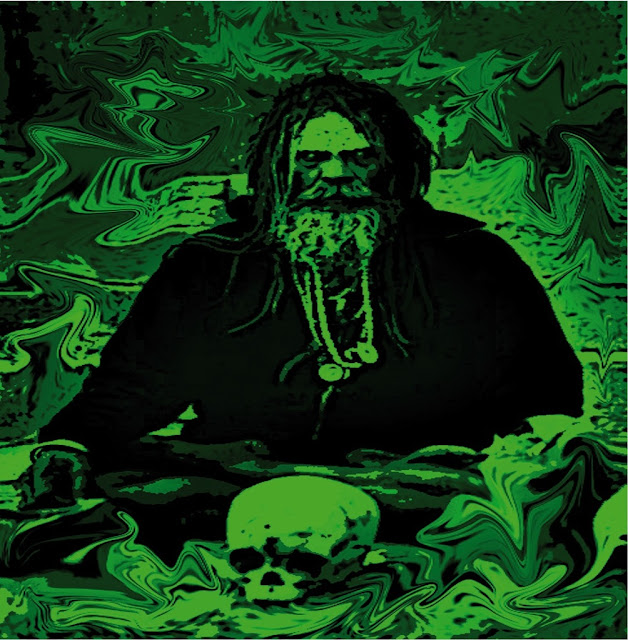 Trust the hub of weird and original doom, Italy, to come up with something refreshing in a genre that is too over stuffed, too unoriginal and too weak to experiment and try something that is not the widely accepted conventional norm. However active the stoner and sludge scenes today might be it cannot be denied that most are just run of the mill Electric Wizard, Sleep and Queens of the Stone Age worship (unless you’re from Germany), and within this saturated realm, a vortex of originality has stepped in a',three piece going by the name Nibiru, and they bring with them a breath of fresh, questionable air.

Nibiru, are a new band, which formed late in 2012 and have self released their debut album entitled ‘Caosgon’.  Nibiru’s music can be described as a portal between the music of the past and the present. Though it has one foot in the boat driven by the likes of Sleep with its hazy elongated riffs immersed deep in the background, it has its other foot ingrained in the roots of early 60’s psychedelic rock with long trips into the psychedelia infused unexplained expanses. With an immensely drowned out production, like the ones adopted recently by Windhand and Saturnalia Temple one discerns as if the music is emanating from deep within your subconscious, and once you wrap your head around that, underlie this with the simmering anger of entire ancestral tribes, all the while heavily laced with long ambient passages that are atramentous, stygian, ritualistic and bleak, and still possesses within them a sense of all that is unholy and the forbidden occult and you have the description of the music made by Nibiru. 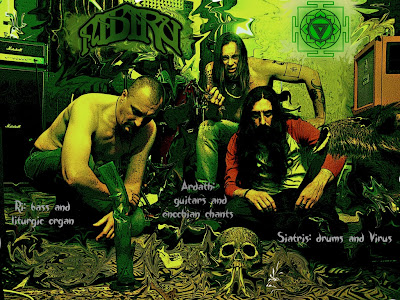 If this wasn't enough to warrant bubbles of excitement and a self inquiring attitude, the ingredient that endows the most towards the trio’s sound both stylistically and aesthetically are the vocals which are extremely guttural and throaty. The vocals, which are deeply laden in reverb and echo are reminiscent of ancient throat singing techniques used by tribes in places like Malaysia and Africa, and alternate between growled and clean and gives an added dimension and an experience which I have never in my musical journey ever encountered before. Though the band emanates a clean sound most of the time, feedback isn't a rare phenomenon giving the music the feeling of filth but another prominent idiosyncrasy of the music is the gargantuan amount of attention given to the bass guitar. Taking of most of the playing time, the bass is an entity of its own, the bass interludes, whether a short strum or a powerful splurge, interspersed with the ritualistic drums and the smoky atmosphere gives the band an extremely dense feeling that permeates throughout the 5 tracks that run over 50 minutes. Such an odd use of instruments and choices gives the band the atmosphere they intent to create which is that of a moon bathed dense forest where the listener is subject to a highly psychedelic ritual and the wrath of an entire tribe, and as the tribal shaman does his violent ritualistic dance, his mask glistening in the moon light, you still possess a sense of calm.

Though the band does shift from its usual mid paced tempo to higher paced on tracks like ‘Smashanam, the crematorium ground of Kaly’ and experiments with its soundscape while embracing its ritual vocal sound the tightest on tracks like ‘Aster Argos’, the song writing for a concoction as original and with a thought pattern like this, is highly derivative. Though the songs move on with extreme fluidity lubricated by the emotional performances of the band members and blend of instruments like the liturgic organ and the cowbell with the rare Hawkwind-esque spacey passages thrown in, there are no massive upheavals in sound or enough variations to keep this dynamic enough. Though interesting and adventurous, a trait that most metal seems to be missing today, a lot is left to be desired and the scope of improvement for the band is rather massive. ‘Caosgon’ certainly deserves your attention, but it is an experience only the connoisseur of the sludge genre will want to take a chance upon to quench their thirst for innovative music. Still, the band has easily managed to strum my brain strings enough to keep them in mind and look forward to more from them in the future.

Listen To Album Here
Posted by Unknown at 1:56 PM

Newer Post Older Post Home
Subscribe to: Post Comments (Atom)
I have made this blog to review some of the new stuff I'll hear this year onwards. It'll focus mainly on metal especially Doom and Death metal. There will be no download links, but links to free streaming will be there is available. To get in touch please email me at vaibhavjain7389@gmail.com 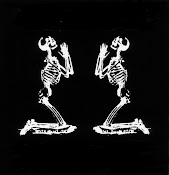